Rollins is about to catch Richie Ashburn's team record for multi-hit games, and Papelbon (if he isn't traded), will quickly rise to the top of the Phils' saves list. 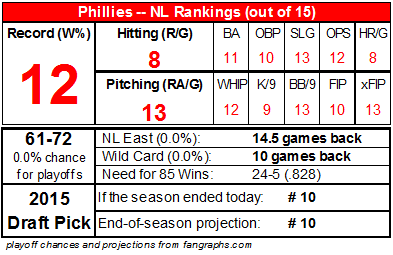 The Phillies have gone 24-21 in their last 45 games, and go into Citi Field just a half game behind 4th place New York. It's good to be playing meaningful baseball again. 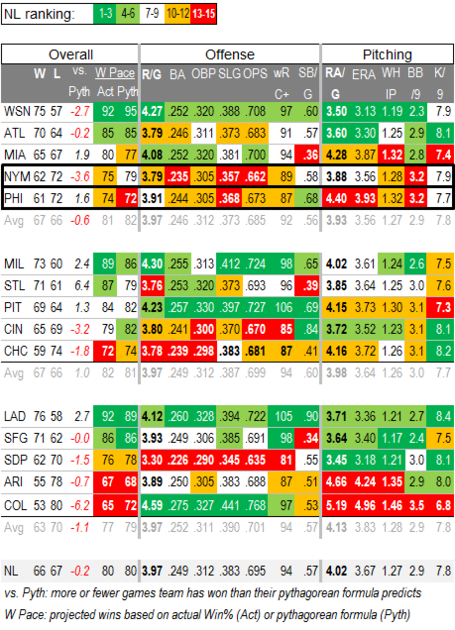 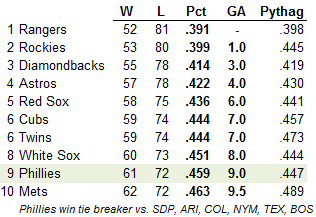 Phillies Team Stats, vs. 2013 and vs. the Nationals

The Mets' lineup is a patient bunch, ranking high in most plate discipline categories, and leading in the times they get into hitters' counts. 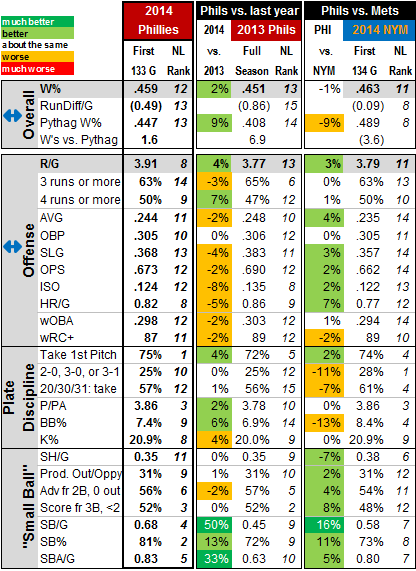 Batting average on balls in play and hitting with runners in scoring position have both been climbing over the last month and a half: 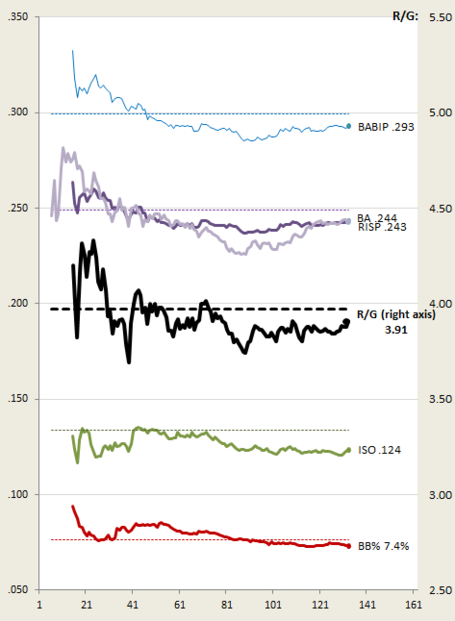 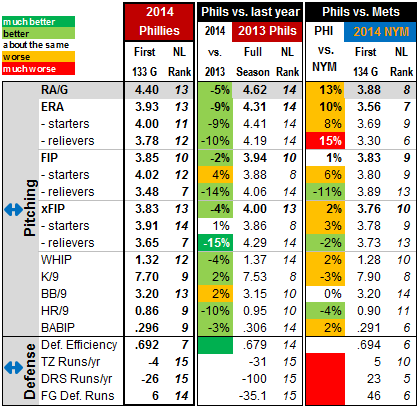 Rollins, Howard, and Ruiz have been hitting, and Sizemore may still avoid the pattern he showed in Boston earlier this year where he faded after a hot start.

Revere has cooled off, and now trails Justin Morneau by 4 points in the batting title race: 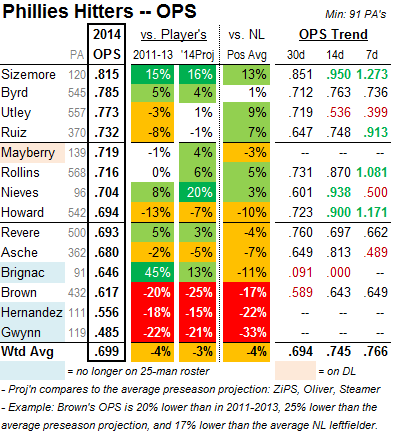 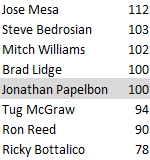