Alternate title: "YOU GET YOUR HANDS OFF OF COLE HAMELS, YOU HEAR ME UNIDENTIFIED TEAM?!?"

Share All sharing options for: Hamels and Byrd claimed on waivers, Papelbon clears

This time of year, I never worry about a player being placed on revocable trade waivers. Because everyone is, really. A team can put every player on there, and then take them right back off. No, the only time I worry is if a player I love is actually claimed on waivers, which is what has happened with Cole Hamels.

Sources: Hamels claimed on revocable trade waivers by unidentified club. #Phillies have 48 hours to work out a trade or pull him back.

*muffled sobbing* LEAVE HIM ALONE!!! HE'S ALL I'VE GOT LEFT!!

It's not too surprising that Hamels has been claimed. His contract may be large, but he's been lights out lately and pitching better than I've ever seen him. A team would be insane not to want him. So now, the Phillies have 48 hours to work out a deal or pull him off of waivers and back into my loving arms. Or, uh, the loving arms of the fans. It's worth mentioning that there are only nine teams that Hamels can be sent to without his permission.

Hamels only can be sent to 9 teams w/o his consent: #RedSox, #Dodgers, #Angels, #Nationals, #STLCards, #Braves, #Rangers, #Padres, #Yankees.

Of course, that doesn't mean that one of those teams definitely claimed him. Any team could have, and if they ask Hamels nicely or perhaps get him drunk, he might approve a trade to a team not on the list. (Psst, Cole! Don't do it!) Rosenthal also makes this very good point:

If #Phillies want to move Hamels, they probably would be better off waiting until off-season, when they could engage 29 teams, not just one.

I'm a fan of not trading him at all and instead rebuilding the franchise around their (still) young, insanely talented homegrown pitcher, but I can also get on the "don't trade him now" train. It stops by "trade him later" station, but I'll obviously be riding until the train gets to "retires a Phillie" gulch.

But that's not the only waiver claim news we have for you!

That Marlon Byrd has been claimed isn't surprising, as he's a better-than-decent bat and the Phillies have made it known that he's available. Also not surprising: Jonathan Papelbon clearing waivers. No one claimed him and he can now be dealt. Get him away from me is all I'm asking, and let the Ken Giles era begin. 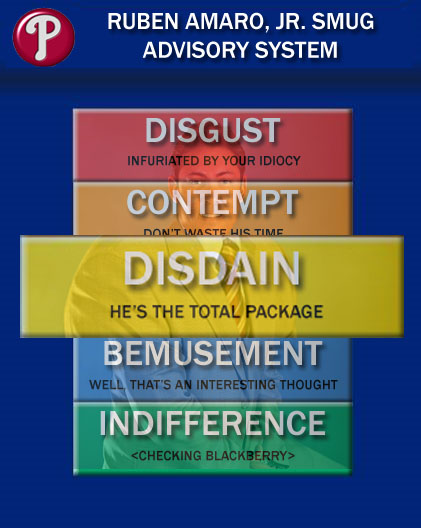