Rollins' next extra base hit will make him only the 5th shortstop ever to reach 800. 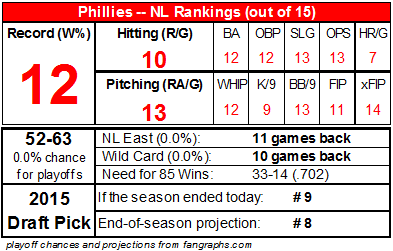 New York has had about the same offense as the Phils, but better pitching: 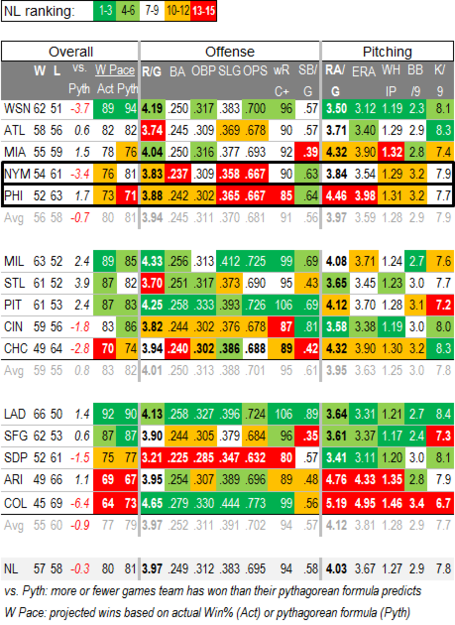 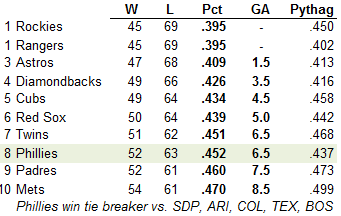 The Phils' walk rate has gone from...

The Phillies are still 14th in the NL in scoring 3 or more runs (i.e. have the second most games with 2 runs or less), ahead of only the Padres, who are still far behind despite their post-All Star break hitting surge.

MetsThe Mets and Phils are within 2% of each other in runs per game, AVG, OBP, SLG, OPS, and ISO: 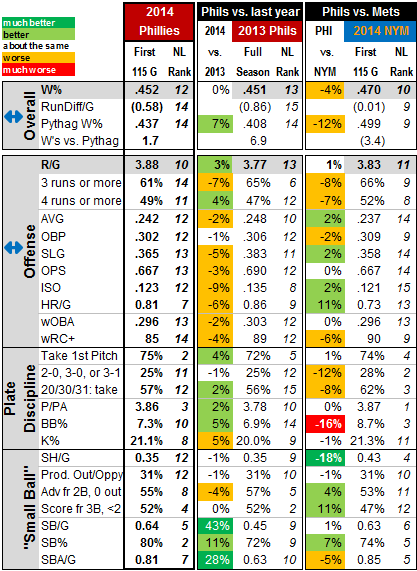 Their average with RISP has essentially caught up to their overall average again... 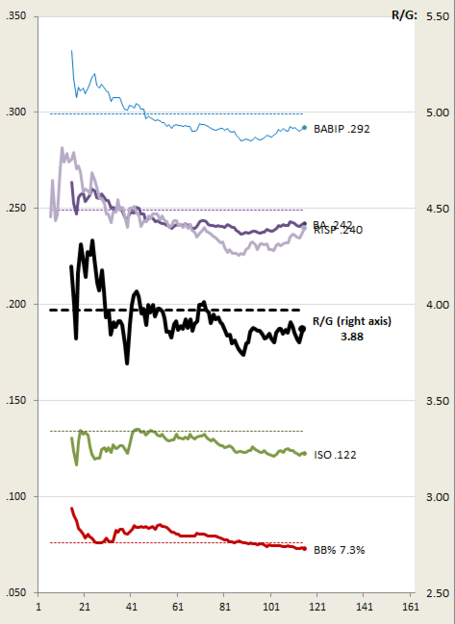 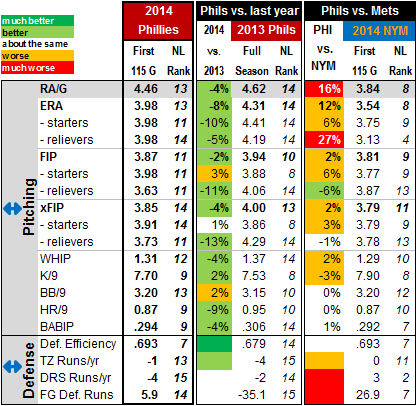 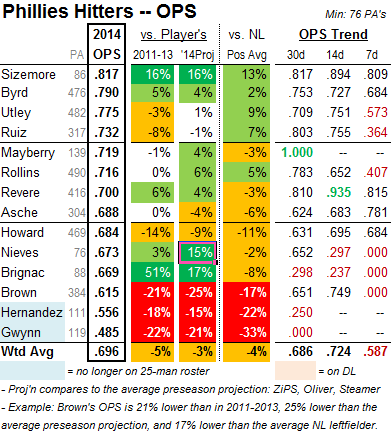 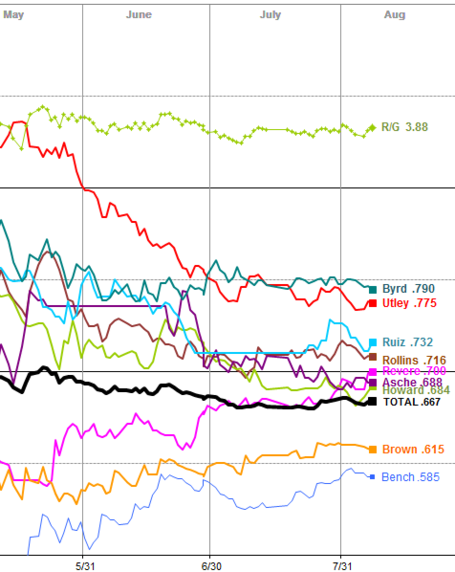