The NL East has been the best division in the NL this year. The Phils are tracking towards having the 10th pick in next year's draft.

Share All sharing options for: Phillies Stat Notes: East is the Beast 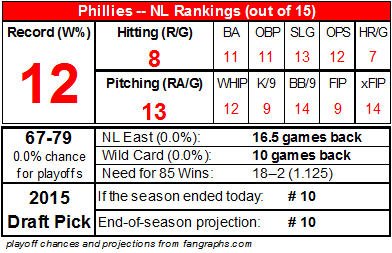 Miami is now five back in the race for the second wildcard. 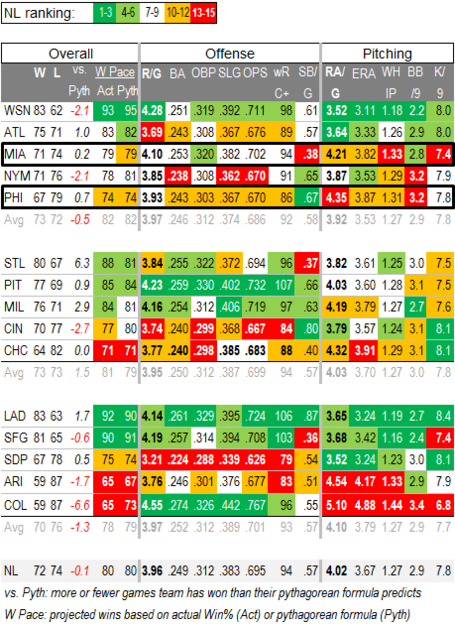 The East, after leading the NL in run differential for most of the year, has now also taken over the lead in winning percentage. The differences are made more stark when focusing on games outside a team's own division:

Run differentials by team are below. The Nationals have a big lead, but the East would have the best differential even if the top team in each division is excluded: 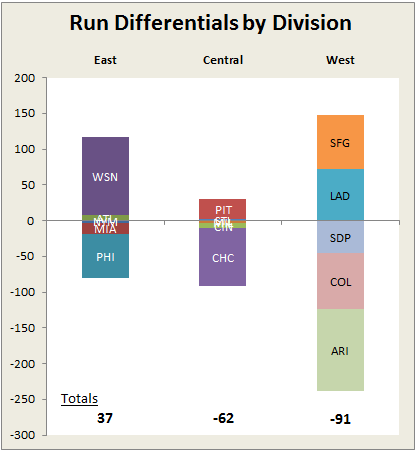 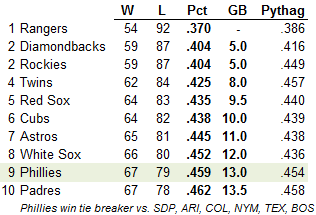 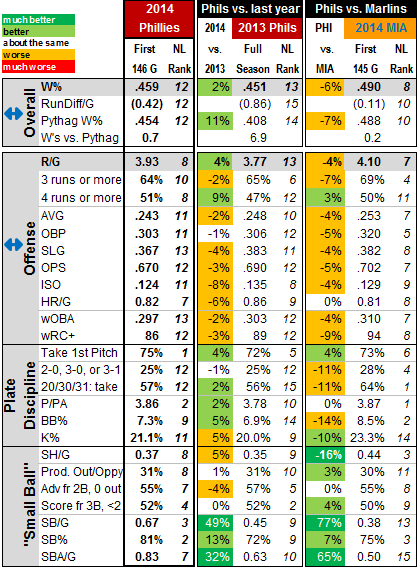 Hitting with runners in scoring position has now surpassed the overall average, but otherwise the hitting stats have dipped over the past week. Runs per game actually crested over the league average for a day or two recently: 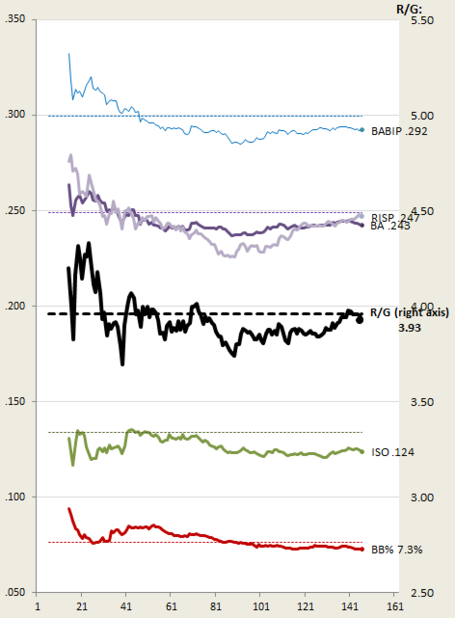 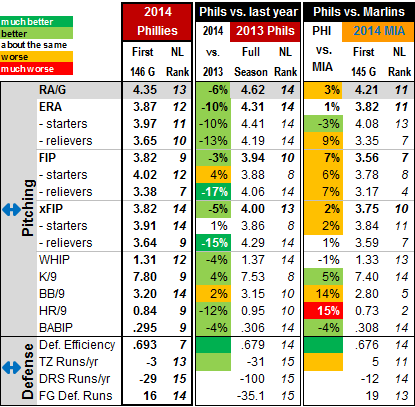 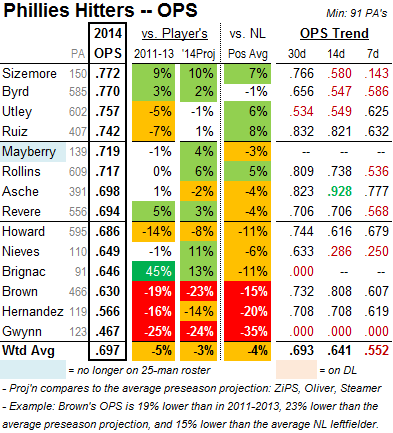 The tables below list each starter's game, with this simple color coding we've used in the past:

Game scores are at the right for each game, with those over 60 highlighted.

Burnett: very streaky, with periods of very good games alternating with not so good periods

Lee: dominant early in the year before his elbow problems 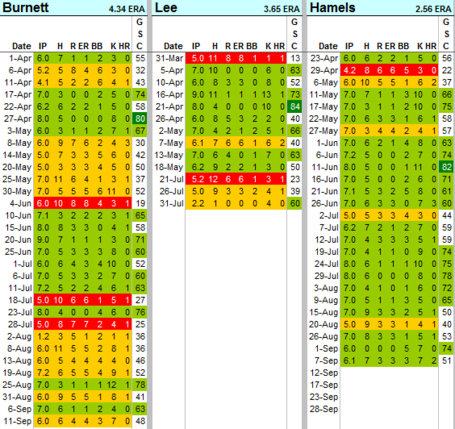 Hernandez: came on strong after not being able to last 6 innings early on

Buchanan: not bad at all, with 5 straight QS's at one point, and now 7 in his last 9 games 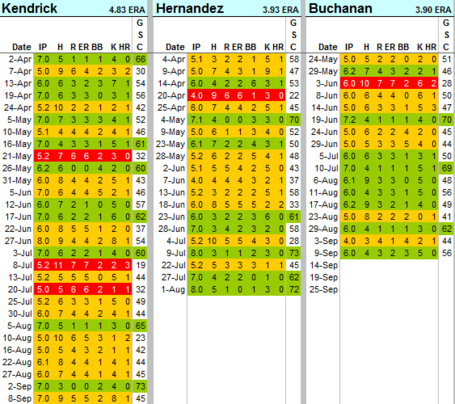 Born 129 years ago on this date in 1885:
- Fred Luderus, who has a case as the best first baseman in Phillies history
- John Quinn, the Phillies' GM from
In addition, the two main catchers of the Wiz Kids era Phillies, Stan Lopata and Andy Seminick, shared today as a birthday: Seminick in 1920, and Lopata in 1925.
Odd and interesting events on this date in Phillies history: broadandpattison.com