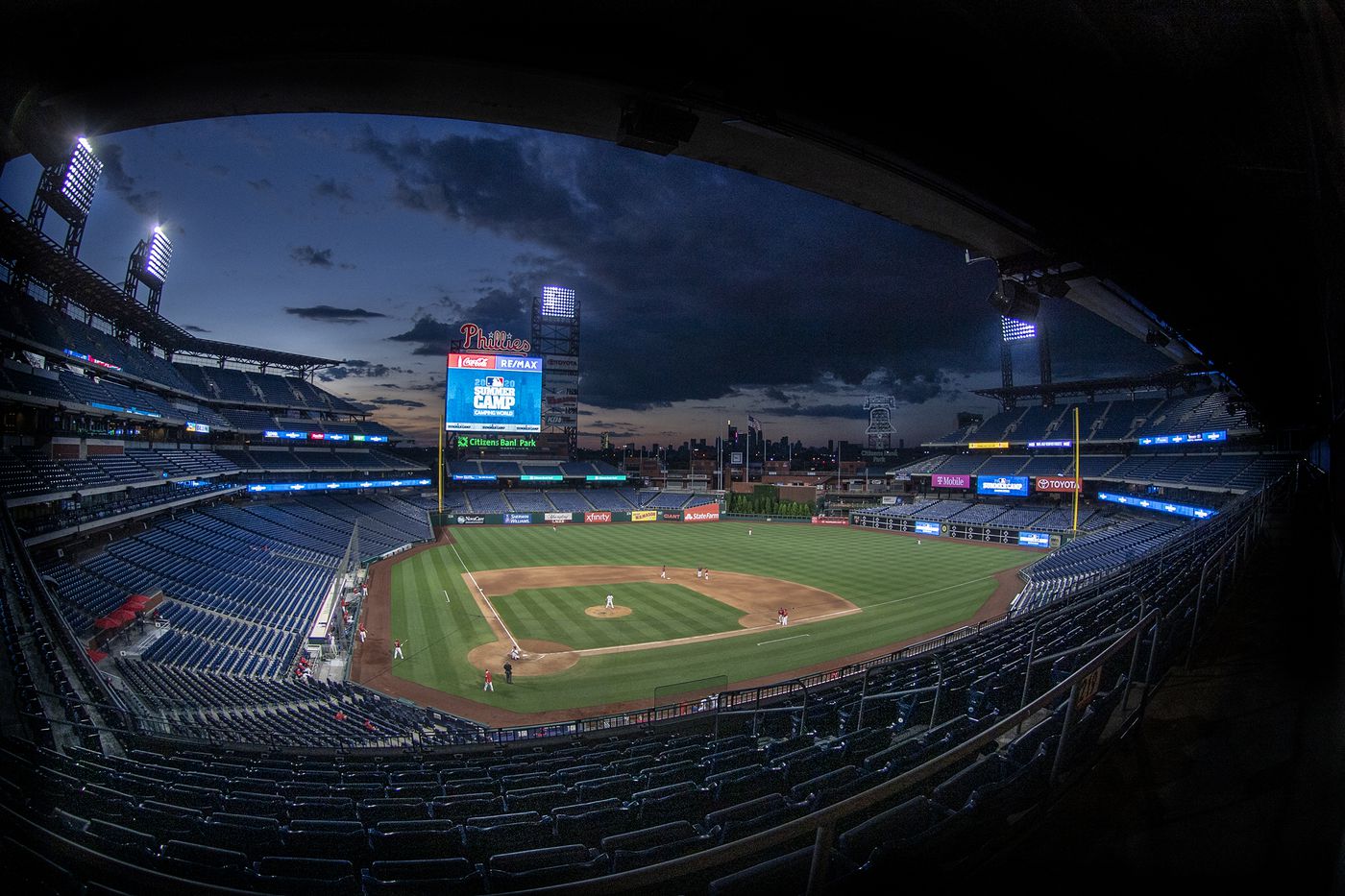 To spend a summer evening in Citizens Bank Park, watching the Philadelphia Phillies play, is to know Philadelphia. The pulse of the city reverberates around the concrete stadium, it follows you from the subway station all the way to the cheap seats, from where the distant skyline bathes in the last embers of the day’s light. It’s my favorite place to be.

So why, then, would I be advocating for fans not to appear in-person in Citizens Bank Park after being kept away for an entire season by a global pandemic? Because being a Phillies fan, and Philadelphia sports fan in general, is about pride. Pride in our teams, pride in our toughness — the Flyer’s mascot is named Gritty for crying out loud — and pride in our city. We relish being the city other teams hate coming to, because we care more about our sports than any other city. Philadelphia is one of but a few cities in the country that will put their sports teams on the front page of any newspaper rather than the local or national news. During the Phillies’ golden years in the late 2000s, Citizens Bank Park sold out 257 consecutive games from 2009-2012. Even now, 13 years later, I still get chills when I remember attending a divisional playoff game in 2008. There was electricity in that atmosphere that I only hope I get to feel again.

With this pride, however, comes expectation. The expectation to win, or at least put forth your best effort. After narrowly missing the playoffs in the past 3 seasons, the Phillies, in 2021, are in danger of meeting neither of those expectations. Despite appointing Dave Dombrowski as team president and hiring Sam Fuld as General Manager — hopefully instilling a sense of direction and urgency in the organization — the roster remains riddled with holes while the rest of the National League East is only improving. Of course, the lack of offseason transactions is influenced by the financial hit owner John Middleton and the rest of the MLB have taken due to COVID-19. The Phillies are among 13 teams to not have signed a free-agent contract of at least $1 million, thus far into the offseason, and many of the top free agents have not signed due to the softer market.

The Phillies, however, must be different. Why? Well, for starters, the division rival New York Mets already have been. Earlier in the offseason, the Met’s broke into free agency by acquiring catcher James McCann — for a fraction of J.T. Realmuto’s asking price — as well as reliever Trevor May. Recently, they traded 4 prospects to the Cleveland Indians for superstar shortstop Francisco Lindor and solid starting pitcher Carlos Carrasco. What are among the Phillies’ biggest needs? According to Dombrowski, the Phillies need to add help in their bullpen, sign a starting catcher, and "look a little bit at the shortstop position". One could argue that starting pitcher depth is just as important. What have they done? Traded for 2 flame-throwing fringe relievers and signed 4 players to Minor-League deals. Not exactly breaking news.

While the Phillies’ slow start to free agency makes sense on some levels — particularly in regards to J.T. Realmuto as they wait for the market to play out — their hesitancy to act could cost them not just a playoff berth in 2021, but the ability to be competitive whatsoever. If the Phillies’ major offseason move is just to re-sign Realmuto, the team still won’t have a competent bullpen, a starting caliber shortstop, or more than 3 starting pitchers — only 2 of which, Aaron Nola and Zach Wheeler, are sure things. Low-risk deals such as trading for relievers Jose Alvarado and Sam Coonrod aren’t going to cut it when a team like the Mets or the Atlanta Braves come to town.

No, the Phillies do not possess the depth of the farm systems that Dombrowski made his name by trading with on his previous teams, but a trade such as the Met’s fleecing of the New York Met’s for Lindor and Carrasco is attainable. Because the Cleveland Indians are shedding payroll, down to $40 million, and want to get any value they can for Lindor, who’s set for free agency in 2022, the Met’s didn’t have to relinquish any of their top prospects or Major League talent. The Phillies are not the Cleveland Indians and have the money to sign and retain big-name free agents. Couldn’t the Phillies have attempted a similar trade, offering up players such as Adam Haseley, Scott Kingery, and prospects like Mick Abel, Adonis Medina, or even Spencer Howard?

While the dreaded New York Mets have laid out the blueprint for how the Phillies should have attacked this offseason, there is still time to create a competitive team. High-caliber relievers such as Liam Hendricks and Brad Hand are still available in free agency in addition to starting pitchers like Jake Odorizzi. A flurry of attainable shortstops are also on the market including Andrelton Simmons and Marcus Seimen.

The question then, becomes how much does Middleton care about the on-field success of the Phillies over the state of his finances? After losing roughly $186 million in 2020, Middleton is dependent on the return of a full-season schedule and ticket sales to make the Phillies profitable in 2021. He is banking on the fact that Philadelphia will be so baseball starved that fans will attend games, no matter how bad the Phillies may be. The players necessary to make the Phillies competitive are available, Middleton just has to shell out. Other owners, like Steve Cohen of the New York Mets, have done so. If Middleton doesn’t dig into his pockets, proving to care more about his $3.4 billion net worth than the competitiveness of his baseball team, then he doesn’t deserve the privilege of having Phillies fans in Citizens Bank Park. For as much as Philadelphia cares about the Phillies, the city deserves a team that cares about it too.