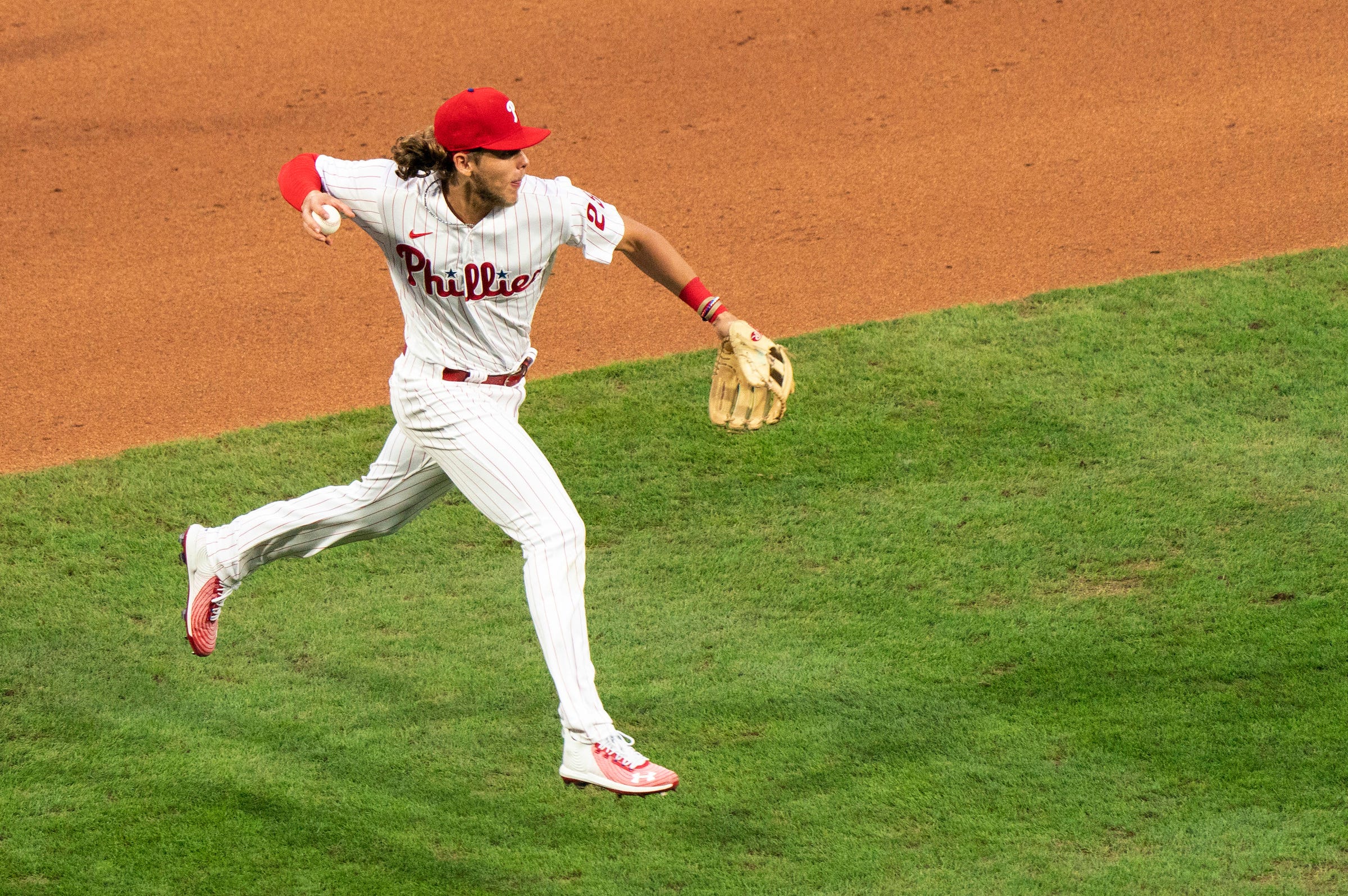 A storm is brewing in South Philadelphia. This storm isn’t anything a meteorologist can predict — it can’t be found in the thunderclouds over Citizens Bank Park or in the wind that howls over the Delaware River. Just like tornadoes or hurricanes, this storm has a season, but it is not some natural phenomena — no, this storm is the internal turbulence that occurs within every member of the Philadelphia Phillies organization. It’s the unrelenting burden of expectation that comes with playing in Philadelphia — for a fanbase that expects greatness, but has been made caustic by years of disappointment. It’s the pressure, fear, and shame associated with playing the world’s cruelest sport, where all you do at the highest level is fail, time and time again. In the eye of this storm, mere inches away from being swept into its vortex, lie the future of the Phillies: Alec Bohm, Adam Haseley, and Scott Kingery.

Unfortunately, Kingery and Haseley may already be lost to the cyclone. After struggling early in the season, Haseley took an indefinite personal leave of absence from the team on April 14th and has not returned since. Kingery, who failed to make the 40-man roster out of Spring Training, was recalled to the Phillies on April 21st for further infield depth after second baseman Jean Segura suffered a quad injury. The expectations are low for the once highly-touted player, who began his time at the Phillies alternate training site with a 1-26 stretch at the plate with 12 strikeouts.

Well, what kind of future is this? Two failed prospects and a floundering young 3rd baseman — Bohm is batting .213 in 21 games thus far — does not sound very promising. Is the future not the untradeable Bryce Harper, who still has 10 years left on his contract? Is it not J.T. Realmuto, in the first year of his five-year deal, Aaron Nola in the second year of a four-year extension, or Zach Wheeler, in the second year of his five-year deal?

Yes, all of those players are integral to the present and future success of the Phillies. But those players are established stars who have weathered the storm. They are not phased by the whirling gales of pressure and expectation, for they embrace these aspects of their environment and thrive in it. Alec Bohm — in his 21 starts this season — has not.

What makes Alec Bohm’s success critical to the future of the Phillies is not just his promising rookie season or that he was selected 3rd overall in the 2018 draft. It’s not even the hole he fills in the lineup or at 3rd base, despite how important that may be. Bohm’s development into a star is so crucial because of how it would change the narrative that haunts the halls of the front office — that the Philadelphia Phillies are incapable of drafting and developing homegrown talent. Furthermore, it is this failure that has been one of the primary causes of the team’s sustained mediocrity.

While there are exceptions to this narrative — the 2014 draft which produced Aaron Nola and Rhys Hoskins — both the organization’s historical (2005-2013) and recent (2015-2019) track record in the draft have left much to be desired. In the case of Alec Bohm, it is the most recent rash of failed prospects from the 2015-2019 drafts in particular, that place the organizational onus on him to succeed. Cornelius Randolph, (selected 10th overall in 2015), Scott Kingery, and Adam Haseley (8th overall in 2017) all appear to be busts. Both Mickey Moniak (1st overall in 2016) and Spencer Howard have yet to prove that they can play at the big league level. Fortunately for Bryson Stott (14th overall in 2019), it is too soon to tell what kind of player he may become.

So, in light of this troublesome trend, how worried should we be about Alec Bohm? After all, the young 3rd baseman wouldn’t be lumped into this group if it wasn’t for his poor start to the 2021 season in which he’s hit just .213/.259/.320 in 21 games. The answer: somewhat concerned. While it’s normal for young hitters to experience a sophomore slump and the sample size is small, something is clearly off with Bohm — most noticeably, his timing at the plate. Bohm’s performance in this past series against the Colorado Rockies in which he went 2-11 with 5 strikeouts, is representative of his season thus far. His issues with timing are best evidenced by two signs: his inability to catch up to pitches and his uptick in strikeouts. Bohm struggles to catch up to anything in the strike zone — 28% of his batted balls are hit to the opposite field, up 10% from last season — and he has only four extra-base hits on the year. His at-bats have deteriorated to guess work, giving him 23 strikeouts in 85 plate appearances this year.

As much as Bohm has struggled this year, however, there is still plenty of reason to be optimistic about his future. For one, it’s just a slump and everybody goes through them. Just because Bohm didn’t go through one in last year’s shortened season, doesn’t mean that he wasn’t bound for a dip in production all along. Secondly, Bohm is still an elite hitter — his 48.1% hard-hit-ball rate is sixth among Major League 3rd baseman — with a tight swing that’s not dependent on hitting the long ball. Furthermore, Bohm continues to progress defensively at 3rd base, seemingly generating a highlight-reel worthy play every other game. The last reason and perhaps the most important one, resides not in Bohm, but in his manager Joe Girardi’s faith in him. Bohm needs to pan out — and Girardi knows it. Bohm is the only one of Girardi’s players to have started all 21 games. After Sunday’s performance, Girardi was asked if he would consider giving Bohm a rest. Girardi admitted that Bohm had been struggling and said that he would consider it. Then, on Monday night, Girardi started him.