Alec Bohm had found himself and the forefront of controversy not even two weeks ago with the three error game on April 11. 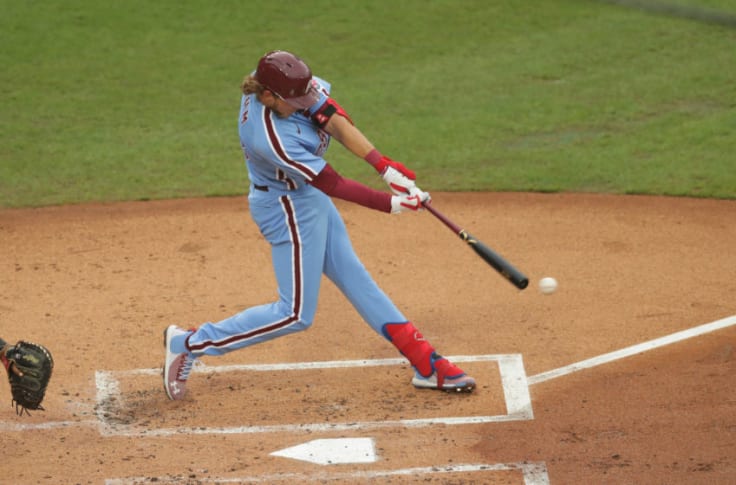 After committing his second errant throw of the night, It appeared he had said "I f***ing hate this place" to Phillies shortstop Didi Gregorious.

Bohm owned up to his miscues. "Look, emotions got the best of me. I said it. Do I mean it? No. It's a frustrating night for me, obviously. ... These people, these fans, they just want to win. ... I don't mean that," Bohm said.

The following night resembled a fan base getting behind their athlete when Bohm was greeted with a standing ovation when he entered the game in the eighth inning to pinch hit.

Bohm took his lackluster defense to heart and since then has looked like the clutch and bright future prospect that the team expected of him since his entrance into the majors in 2020.

With an offense struggling to find consistency over the last few years, Bohm may prove to be a cornerstone in this offense along with right fielder Bryce Harper.

Granted he hasn't played everyday therefore doesn't yet qualify for batting average or others. If he qualified today, he would lead the majors in batting average at .440 and be seventh in slugging and on-base percentage.

He's showing more promise at the hot corner along with making consistent contact by leading the majors in sacrifice flies(4). The confidence continues to grow and now Girardi's confidence is as well with Bohm appearing to secure his spot in the lineup.

Bohm is locked in at the plate and looking to do damage any way he can.