18 runs between yesterday and today is nothing to shake your head especially with how the Philadelphia Phillies are producing them. 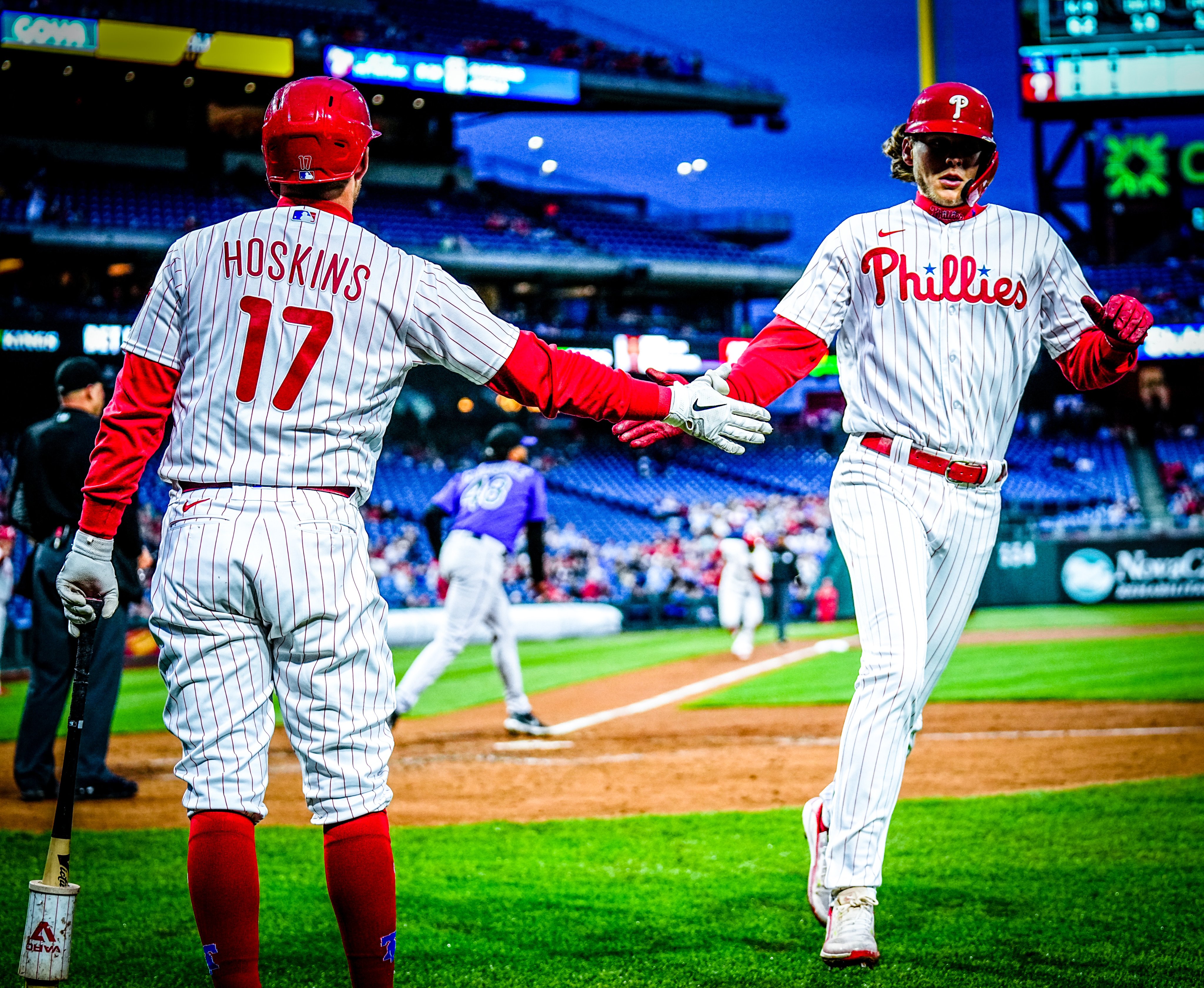 It's also worth noting that the Rockies have had a slew of miscues in the field in this series. Accounting for 5 errors along with gifted base hits due to lack of communication by the outfield.

Bohm continues to stay hot with great pitch selection. Didi coming back into the lineup after a hand contusion for the first time since April 19th payed off as the shortstop hit a pair of singles with an RBI to his credit.

Right Hander Zack Eflin showed tremendous command through his six innings of work, depending largely on the defense behind him with eight groundball outs while only allowing one run on a solo shot by Charlie Blackmon.

Reigning NL MVP Bryce Harper continues to DH while dealing with a right elbow strain. After the game he expressed limited concern with the aching arm and told reporters that it'll take some time to heal. He previously told reporters that his nagging arm wont affect his hitting filling the DH slot.

The team will need its leader in Harper while the Phitin' Phils are pushing to put a win streak together and quickly turn around an offense that has flat out failed to show up in previous games.

The starting pitching appears to be bouncing back which may turn out to be a bigger relief than the offensive woes in the previous four series.

Sure two games in April may not punch their ticket to the World Series but maybe Jean Segura was right. "You cant stink forever."