Joe Girardi gets fired after questions pile up about the teams disappointments which ultimately led to his departure Friday. 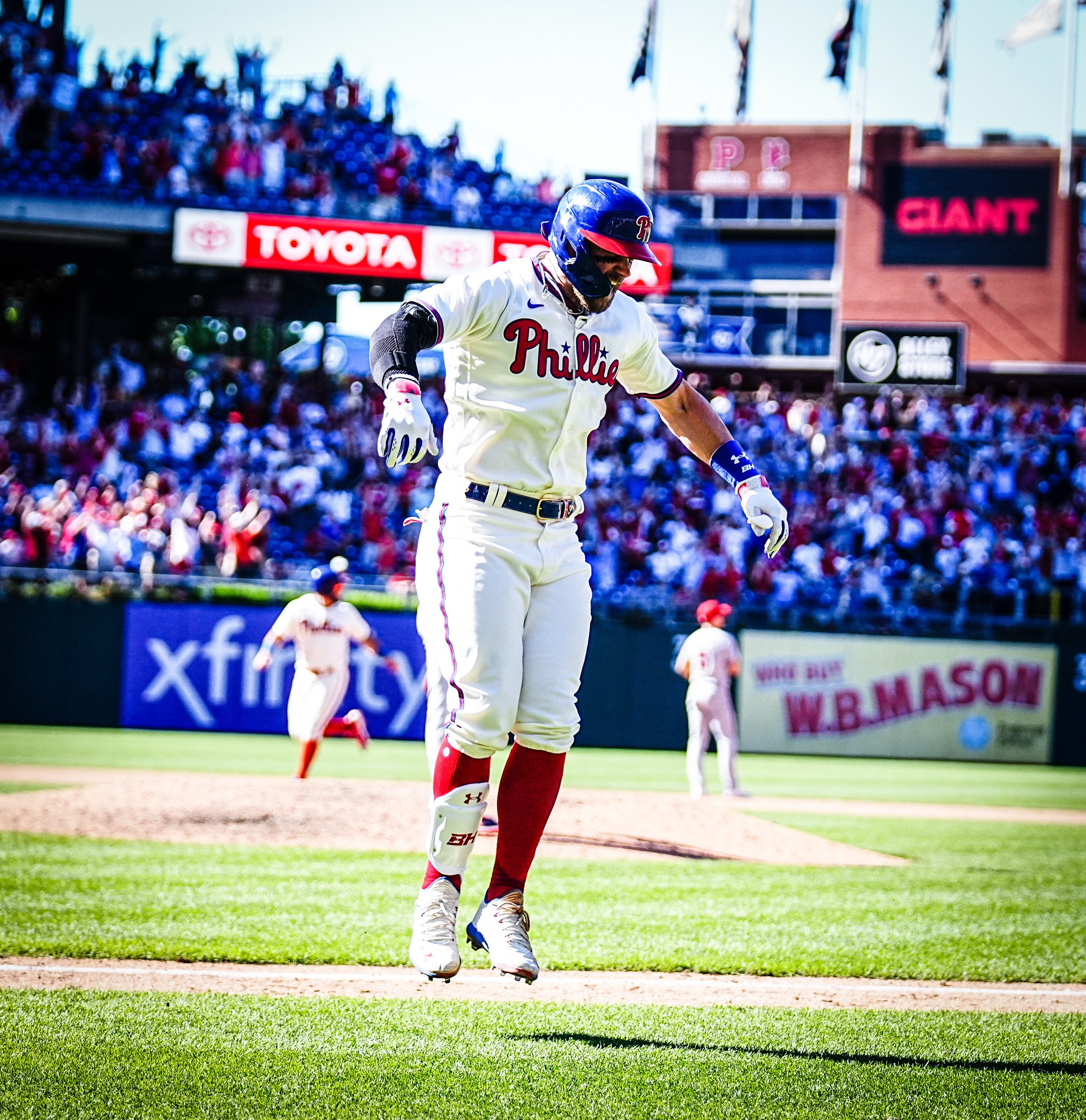 In come the Los Angeles Angels who've lost 8 straight before entering South Philadelphia on Friday. the Philadelphia Phillies cruise in both games by scores of 10-0 and 7-2. Todays series finale started off slow with the Angels putting up a 5 spot in the fourth inning.

Phillies answered back with two of their own starting with a leadoff HBP and then a double by Bryce Harper. Nick Castellanos, scores Hoskins by sac-fly. JT Realmuto knocks in Harper with a groundout to first.

Phils come into the bottom of the eighth down four after the Angels tacked on another run in the top half of the inning.

In steps reigning MVP, Bryce Harper after a single by Herrera and an error putting Camargo on base then a walk by Kyle Schwarber to load the bases. Harper goes to his 2-strike approach after the count goes full. Harper gets a 89 mph changeup and belts it into the second deck in right field bringing the Phillies back, 6-6.

Corey Knebel gives up a run in the ninth with the Phillies needing another comeback.

A pair of singles have the Phillies knocking on the door again with the rookie Bryson Stott stepping to the plate.

Count starts off 3-0 then Angels pitcher Jimmy Herget follows up with back-to-back strikes to bring the count full.

Next pitch, Stott gets a 74 mph curveball that he was a bit in front of but got enough of to leave the ballpark and put an exclamation point on the sweep. Phillies win 9-7. The team extends the win streak to four while the Angels losing streak extends to 11.

It was only Stott's second career homerun, the first being on Friday against Los Angeles.

The question still remains if Joe Girardi's firing would be what this team needs to meet the expectations that were set at the beginning of the season. Dave Dombrowski said that the team needed a new voice in the clubhouse. Maybe he was right. Currently riding a four game winning streak, three since Girardi's firing, change was needed in some way. The team looks competitive, intense, and most of all, like the players want to be there. Rob Thomson, former Phillies bench coach now interim manager, might not be the long term answer, but the team is answering so why not keep it going. The Phillies get a day off tomorrow with a trip to Milwaukee waiting in the wings.